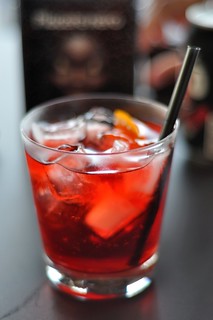 One of the latest issues identified as a problem for the future of the construction industry is the alarming rate at which construction workers consume recreational drugs and alcohol.

Partly to blame is the culture that has been so firmly entrenched in the construction industry. According to a study by the Queensland University of Technology the “macho culture” can be attributed to high wages and transient job patterns.

While it is important that workers private lives are kept just that “private”, workers need to recognise the harm that the activities of their private lives may have on their work.

Studies also show that that there is a lack of understanding around the physical effects of alcohol and other drug use on work performance. Experts suggest education about lifestyle choices as a solution to this problem and teaching workers about how their work and their health are negatively affected by these bad choices.

One of the best ways to tackle a culture of drug taking and alcohol abuse among workers is to target the root of the problem, which in most cases is related to stress.  Alcohol and drugs are used as relaxants so workers with highly pressurised or stressful jobs, like construction work often indulge in drinking and drug taking as a means of escape.

In addition to the physical side effects of excessive drinking and drug taking, which have direct health consequences there are also indirect consequences which threaten a workers safety such as reducing a worker’s concentration and leaving them susceptible to injury from one of the many hazards on the construction site.

Drinking and drug taking alters a worker’s mental and physical capabilities which means they are not able to perform at their optimum which is vital in an environment as dangerous as construction.

Other than slowing the productivity of the site and endangering the lives of workers, drinking and drug taking also increases absenteeism and sick leave. Workers are also more likely to get injured and so increase compensation claims and cost to the company.

Workers should also keep in mind that alcohol and drugs remain in the system longer than they think. So often after a heavy weekend, your body may not have recovered by Monday morning. This will most likely affect the way you do your job and may even result in an incident.

The main effects on your ability to work are decreased alertness, impaired judgement and lowered productivity, which combined present a serious risk to worker safety.

Many workers are not even aware of how drugs and alcohol could affect their physical performance on the job. This is where employers come in, it is vital that they do more to educate workers and create awareness of the issue.